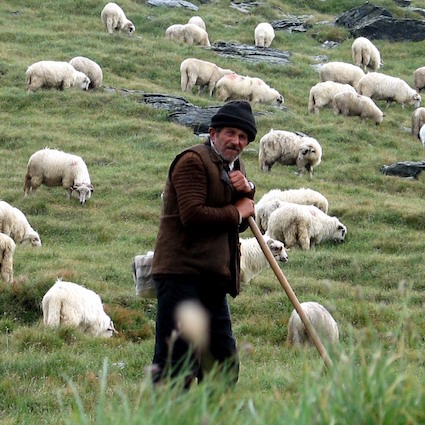 Having been professionally trained as a social worker, I made the assumption for many years that pastoral care was the term for social work in the church. It was about visiting the sick, providing for the poor, counseling the messed up, befriending the lonely, caring for the needy, and helping people with their problems. This was the stuff pastors should do. Preachers preached, but pastors took care of people’s social, relational, physical, emotional (and sometimes spiritual) needs. That’s what I thought and, to be honest, I think most Christians I knew would have agreed with me. The trouble was that I’d never examined the Bible on the topic. We need to look at God’s definition of pastoral care, and allow his word to shape our pastoral priorities.

The word pastor comes from Latin word for shepherd. Pastoral ministry is the ministry of shepherding God’s people. It’s a leadership picture that uses the image of the shepherd to describe the roles and responsibilities of those who lead God’s people. It’s an idea that starts with God himself. God is the Shepherd and he leads his sheep where he wants them to go.

Arguably the most famous description of this comes from Psalm 23. In this Psalm the Shepherd leads, guides, feeds, comforts and protects his sheep. The Shepherd ensures the eternal security of his sheep.

The image of the shepherd is also applied to Israel’s leaders. They are to lead, guide, feed, comfort and protect the people by teaching and living out the Word of God among them. They fail dismally on this front. Instead of watching over the sheep, they feed on the sheep and destroy them. God holds the leaders accountable for this, and declares that he, himself, will replace these oppressive shepherds. God will act to save his sheep and provide for them (Ezekiel 34:7–11).

God specifically promised to send one special shepherd. This new shepherd will be the Messiah in the line of David and he will rule over and care for God’s people (Ezekiel 34:23–24). This remains the hope for God’s people throughout the Old Testament, and it’s not until the New Testament that we meet the one whom God promised.

Jesus fulfills God’s promises made through Ezekiel. He is the Davidic Messiah, the Good Shepherd who will rescue the sheep (John 10:14–16). He will not only gather in the lost sheep of Israel, but also people from all nations and he will unite them together under him. The amazing thing about this Shepherd is that instead of slaughtering the sheep, as Israel’s leaders had been doing, he allows himself to be slaughtered in their place. To mix the metaphors, the shepherd becomes the sacrificial lamb.

God’s plan in saving and caring for his sheep extends from Jesus to others who will lead under Jesus’ authority. Jesus as shepherd remains the model to follow.

The book of Acts introduces us to the beginnings of Christian pastoral ministry. As the gospel spreads and churches begin to grow, leaders are put in place to oversee the congregations. The Apostle Paul spent three years pastoring the church in Ephesus, and he uses the image of the shepherd/pastor when encouraging the Ephesian elders to continue his work (Acts 20:28–32). The church is precious to God. It is purchased with his blood. It belongs to him. Pastoral care of God’s own flock is of utmost importance. Knowing this, Paul urges the Ephesian elders to teach God’s word of grace, so as to see the church growing into maturity, standing firm against false teaching, and persevering into eternity. This is to be their pastoral care. Paul had devoted himself to this responsibility and he now calls the elders to do likewise.

With the spread of the gospel and the establishment of churches, people are regularly being equipped and appointed to oversee and care for these congregations. Paul’s letters to Timothy and Titus are particularly helpful in understanding pastoral ministry. In fact, they are often described as the pastoral letters. Paul is looking to the future, raising up leaders, shaping their priorities, emphasising both life and doctrine, character and teaching. He is working to ensure that the gospel remains central to the life of the church. It’s worth taking the time to read these three letters very carefully in order to understand pastoral priorities.

The Apostle Peter also encourages pastoral care in the churches. He is concerned about the heart of the pastor/shepherd and calls his fellow elders to allow the gospel to shape their attitude to ministry. They are to be willing, generous, and eager servants as they exercise pastoral ministry among the flock, all the while looking forward to the return of the Chief Shepherd, the true Senior Pastor, Jesus Christ.

From this brief overview of shepherd/pastor ideas in the Bible we can distil some important ideas.

I suspect this is probably not the way we would have described pastoral care. It sounds more like a ministry of evangelism, teaching, discipleship and encouragement. And yes, it is. This is what flows from the pastoral heart of God. What God is doing in our world isn’t limited to the next ten, twenty or even seventy or eighty years. God is gathering his people for all eternity. He’s keen to see them secure in his grace in this life, so that they will enjoy his full blessing in the next.

’twas grace has brought me safe thus far,
and grace will lead me home.

when we’ve been there ten thousand years bright shining as the sun,
we’ve no less days to sing God’s praise than when we first begun.